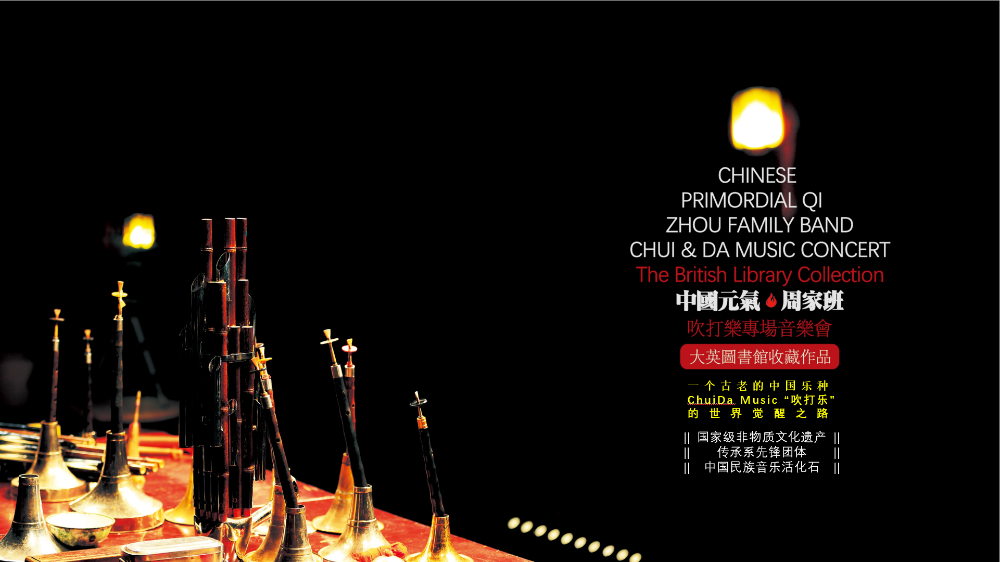 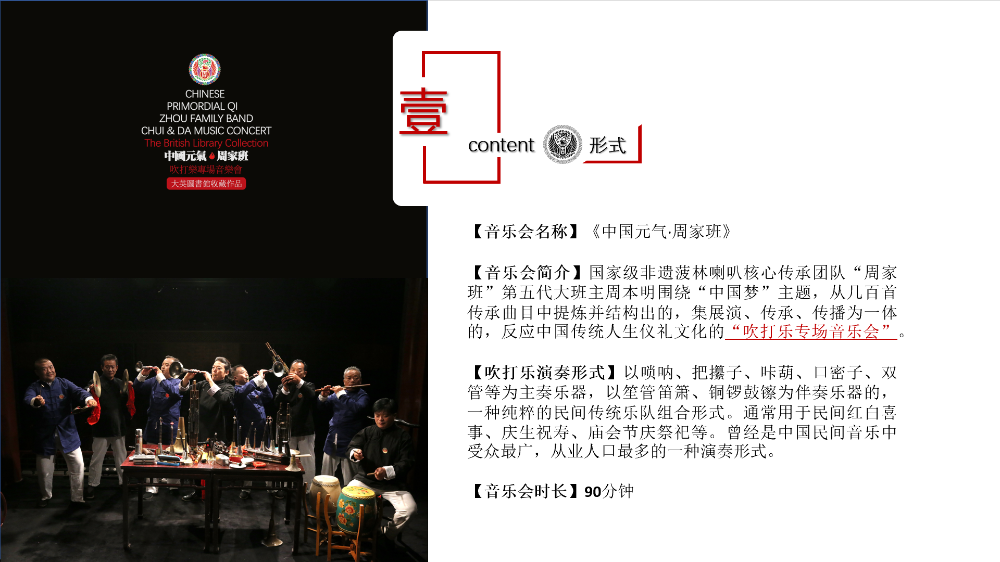 【Introduction to this Concert】——Zhou Benming, the fifth-generation master of Zhou Jiaban, the national non-heritage Bolin trumpet core inheritance team, has refined and structured several hundred pieces of inherited music around the theme of "China Dream". It is a "special concert of ChuiDa Music" that integrates performance, inheritance and dissemination and reflects the traditional Chinese culture of etiquette of human life.

【Diversified Performance Forms】——It is a pure traditional folk band combination with Suona, Banzai, Kahu, Komiko and double pipes as the main instruments and sheng, pipe, flute and Bo (instrument) as accompaniment instruments. It is gradually favored by civil weddings, funerals, birthday celebrations, temple fairs, festivals and sacrifices,as well as being used as a form of performance with the widest audience and the largest number of employees in Chinese folk music. 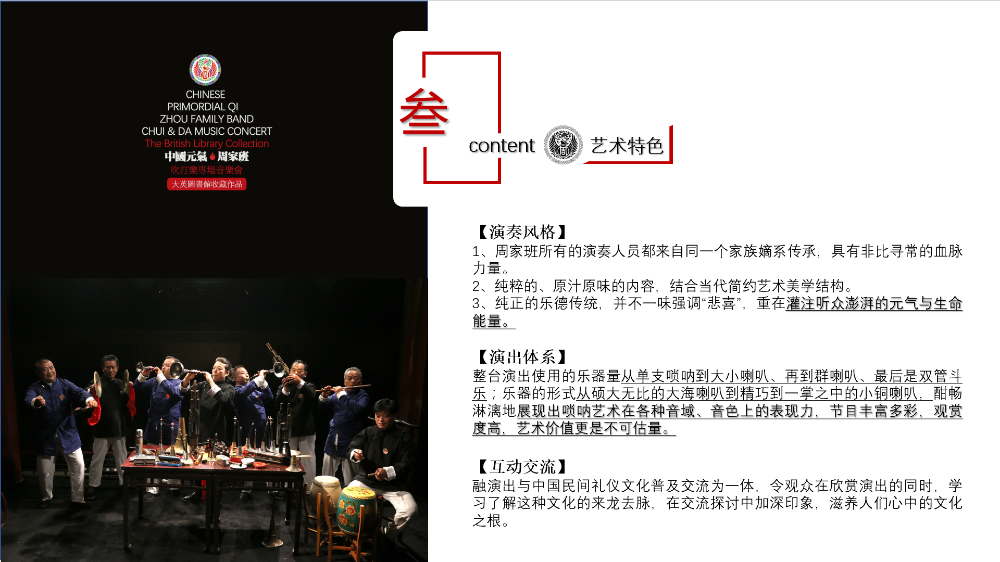 1. All the performers in Zhou's family come from the same family and have extraordinary blood strength.

3. The pure Lede tradition does not only emphasize "sadness and happiness", but also infuses the surging vitality and life energy of the audience.

The number of musical instruments used in the whole performance ranged from single suona to large and small horns, to group horns, and finally to double-tube duet. The forms of musical instruments range from the gigantic sea horn to the small copper horn, which is exquisite to one palm. It shows the expressive force of Suona in various sound ranges and timbres, presenting rich and colorful programs. It is not only highly appreciated, but also of inestimable artistic value.

It integrates the performance with the popularization and exchange of Chinese folk etiquette culture, so that the audience can learn about the historical inheritance of this music culture while enjoying the performance 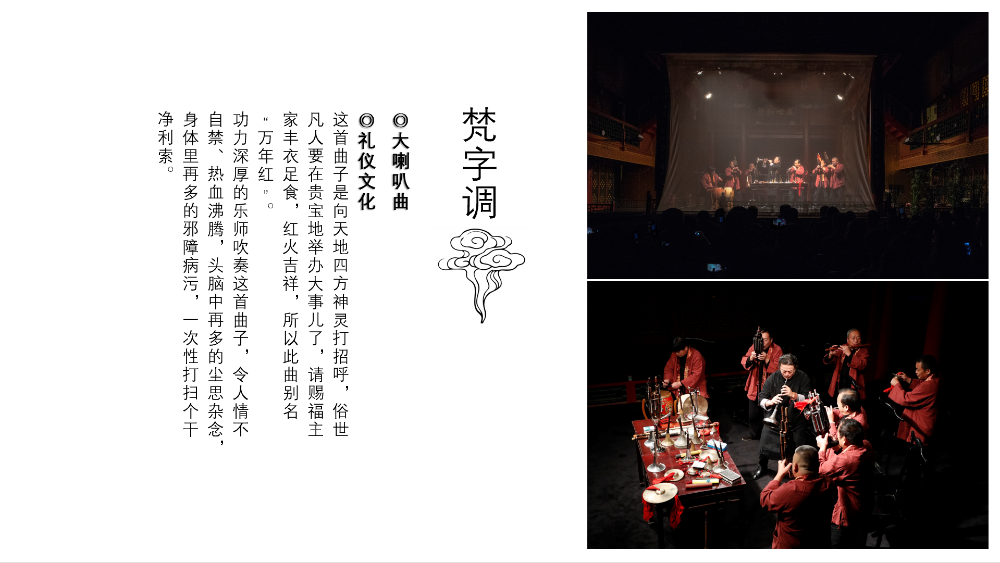 This piece of music is a greeting to the gods of the four sides of the world. Ordinary people are going to hold a big event in your precious place. Please bless the owner's family with plenty of food and clothing. It is prosperous and auspicious. Therefore, this Fermentation starter is nicknamed "Wan Nianhong".

While a panel of skillful musicians with profound capabilities playing this tune, our blood can't help boiling. No matter how many thoughts and feelings the auduience have in mind, no matter how many evils and diseases hidden inside, the music will drive them up at once.

It is mostly used to welcome new children and guests, pleasant deaths.

This celebration order is played by pure copper little trumpet,which sounds like a newborn baby’s crying. It makes people feel fresh and fresh. 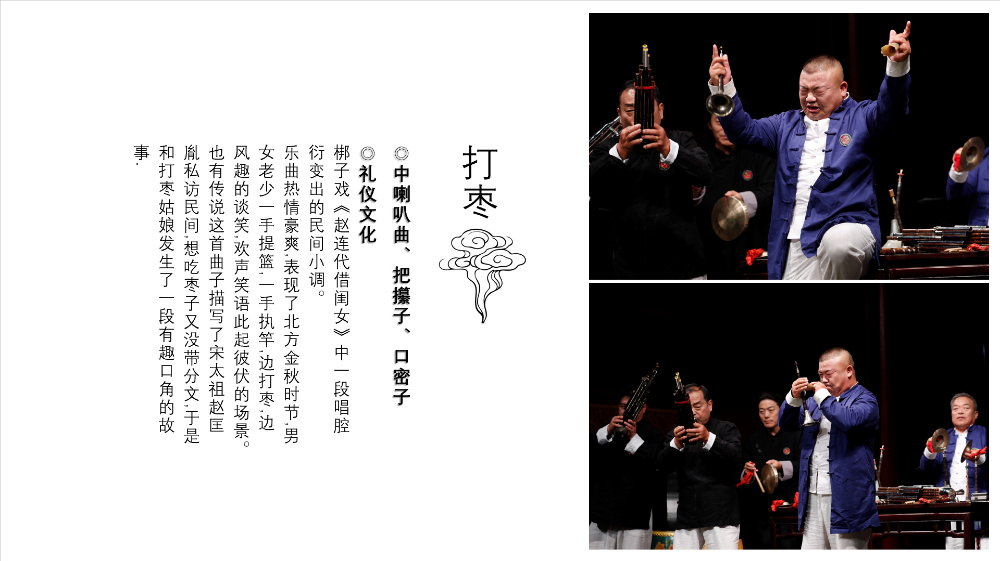 The music is warm and forthright, showing the scene of men, women and children carrying baskets in one hand and holding poles in the other in the golden autumn in the north, laughing and laughing at the same time as bartack.

It is also said that this piece of music describes Emperor Taizu of Song and Zhao Kuang Yin's private visit to the folk. They wanted dates but did not bring any money. As a result, they had an interesting quarrel with bartack girl.

Playing with small and large flutes, accompanied by Sheng. This is Folk sacrifice's ritual repertoire with an elegant and melodious style. 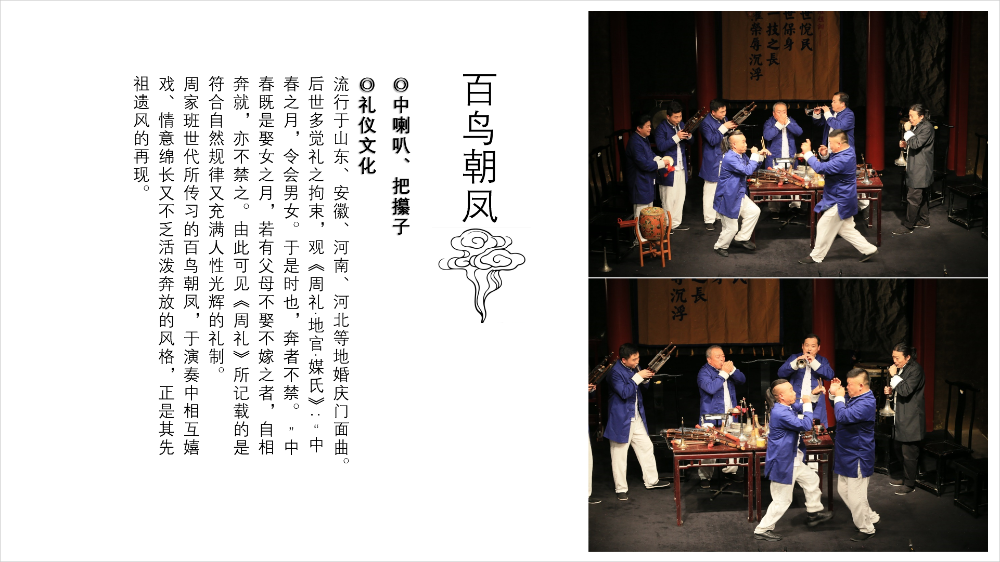 5. Birds Pay Homage to the King

This song is a popular sort of wedding facade Fermentation starter in Shandong, Anhui, Henan, Hebei and other places.

The descendants in later generations felt more constrained by propriety and observed "Zhou Li, prefectural officials and matchmakers": "the moon of mid-spring makes men and women meet.  Therefore, when the time comes, the runner cannot help it. "  Zhongchun is a month of marrying women. If any parents refuse to marry or not marry, they will run away from each other and cannot help it. This shows that "Zhou Li" records a ritual system that conforms to natural laws and is full of human brilliance. Song of the Phoenix, who was handed down by Zhou Jiaban from generation to generation, played with each other in a long and lively style, which is exactly the reappearance of his ancestors' legacy. 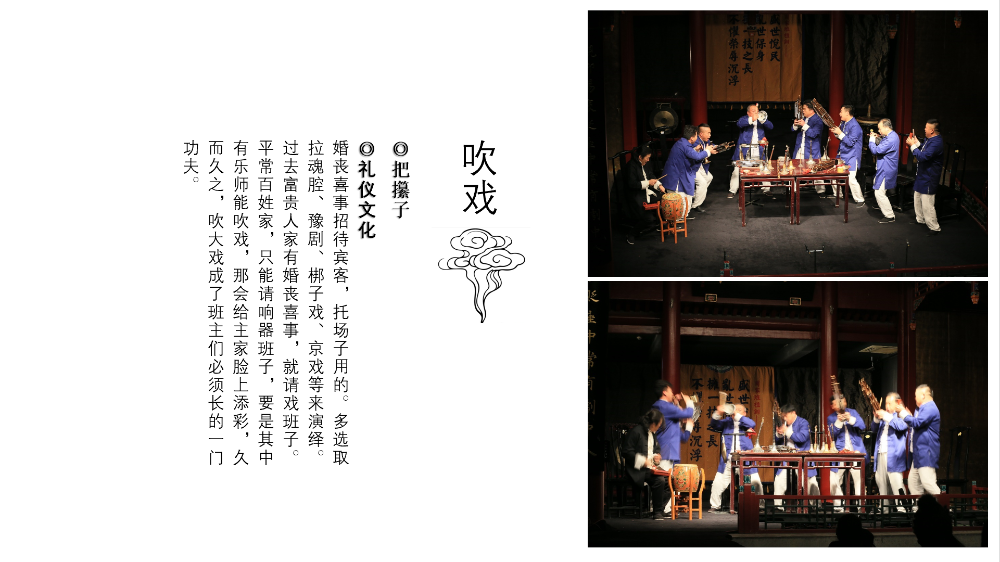 It is applied to entertain guests during weddings and funerals and to set off the venue.  Most of them are performed by soul-pulling, Henan opera, Bangzi opera and Peking opera.

In the past, when rich people had weddings and funerals, they invited the troupe.  Ordinary families can only invite musicians to play. If there are musicians among them who can play, it will add color to the main family's face. Over time, playing big plays has become a must for the class leaders. 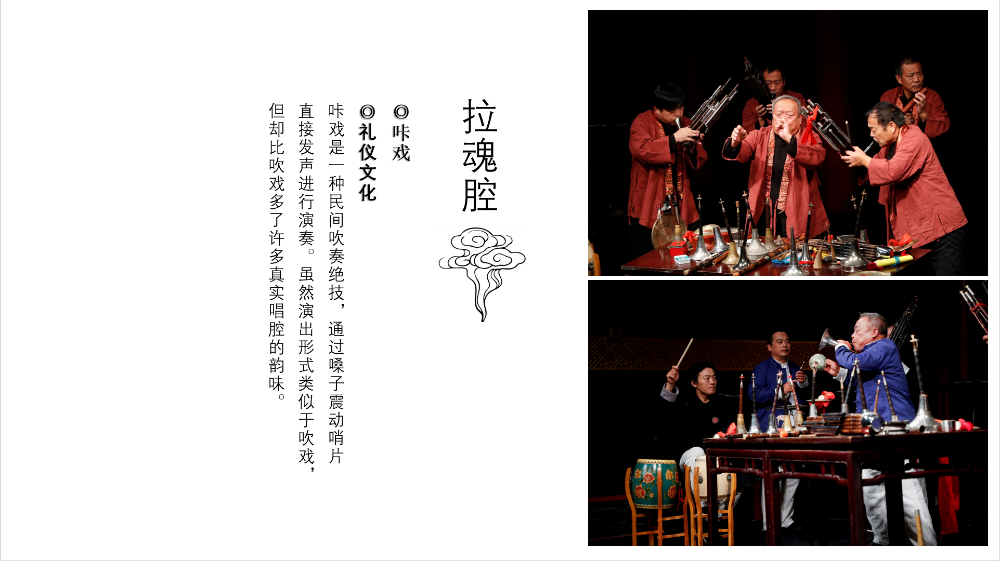 Kaxi is a unique skill of folk playing. It is performed by vibrating reed's voice directly.

Although this unique form of performance is similar to that of blowing opera, it still conveys much more authentic singing flavor than blowing opera.

8.  Wild Geese Fall Down to the Beach.

A song for the elderly to enjoy the funeral, Laughing to Die and the five virtues.

Since ancient times, Great bustard has been regarded as a spiritual object with benevolence, righteousness, courtesy, wisdom and faith.  Wild geese have a kind heart. In their prime, wild geese will support the elderly, the weak, the sick and the sick who cannot feed themselves and send them to the end.  Wild geese have feelings, male and female match, be faithful to husband till death, alone, to death no longer match;  Wild geese have etiquette. formation of flying swan goose or "yi" or "ren" are arranged from beginning to end according to their seniority. They are called "goose order". No matter how fast the strong geese fly, they will not overtake the old geese.  Wild geese have intelligence. When they rest, they all have geese, who is specially assigned to serve as a police post. Whenever there is trouble, the flock of wild geese immediately fly into the air to escape.  Wild geese have faith. They follow the orders of heaven and earth and keep the faith of heaven and earth. They migrate from the north to the south due to the change of seasons, and to the south in autumn. Therefore, autumn is called "wild goose day".  The song "Wild Goose Falling on the Sand Beach" implies a thousand-year family tradition of the Chinese nation: when the geese are tired from flying, they will go down to the banks of lakes, streams and seas to rest, feed and communicate with each other for comfort. The older generation is not only running for great achievements, but also the best time to educate future generations. This is the time spent together in ordinary food, clothing, housing and transportation, talking about life experiences, talking about gain and loss experiences, telling the next generation what to do and what not to do, and physically leading the younger generation. This is the real inheritance. 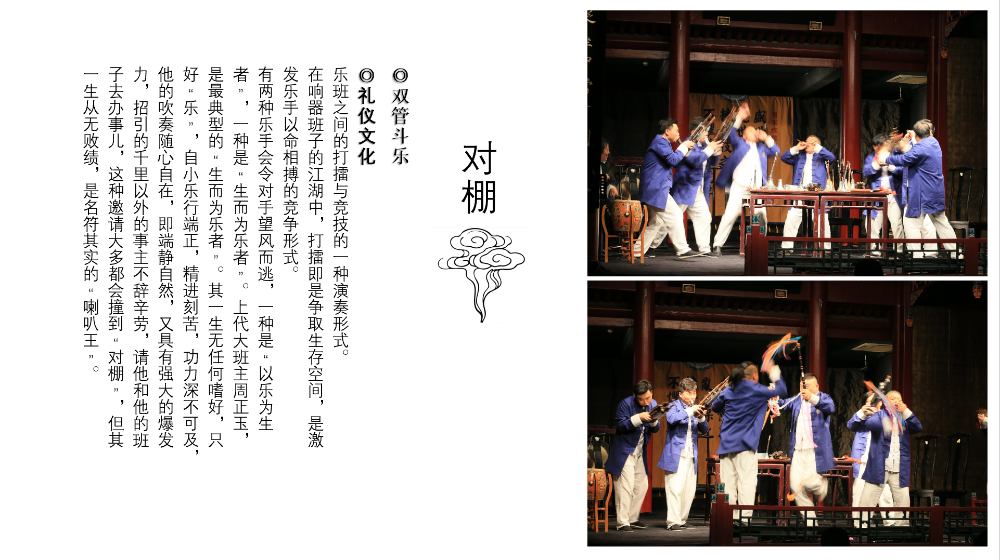 A form of performance in which music is played and competed between classes.

In the Jianghu of the castanets team, beating is to strive for living space and is a form of competition that stimulates musicians to fight with their lives.

There are two groups of musicians who make opponents run away, one is "people who live by music" and the other is "people who live for music".  Zhou Zhengyu, the leader of the previous generation, is the most typical "born for pleasure". He had no other hobbies but music, so he had to "enjoy" himself. He had good music and hard work since childhood, and his skill was out of reach. His playing was free, that is, quiet and natural, and he had strong explosive force. The victims outside of inside took great pains to invite him and his team to do business. Most of these invitations would hit the "opposite tent". However, he never failed in his life and was truly the "king of horns". 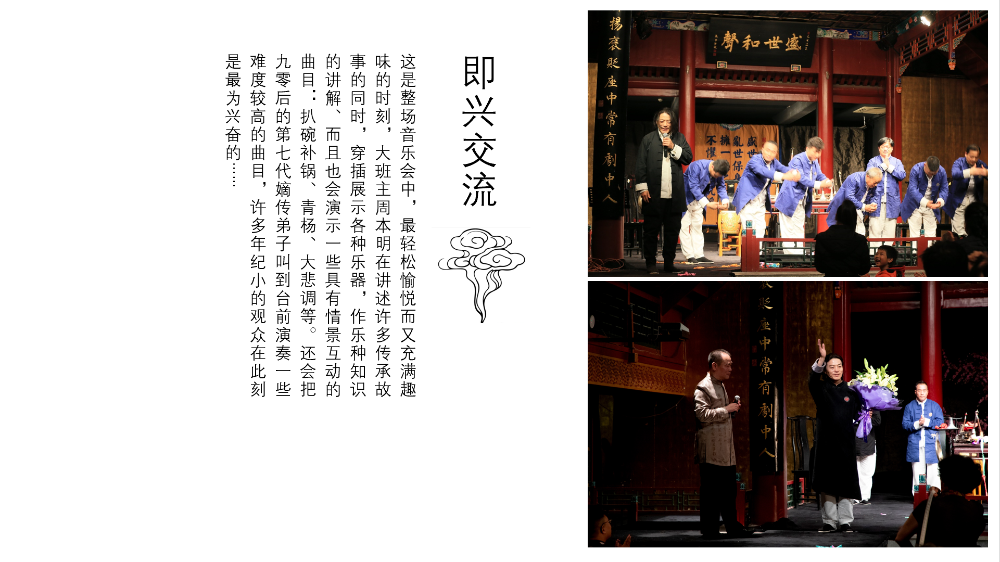 This is the most loose, joyful and interesting moment in the concert.

While telling many stories of inheritance, Zhou Benming, the principal of the large class, interspersed various musical instruments with explanations of various knowledge of music, and also demonstrated some repertoire with interactive scenes: steak bowl and pot filling, green poplar, deep sadness. They will also call the seventh generation of descendants of the nineties to the stage to perform some difficult songs, which can arouse echo among younger audiences at this moment….